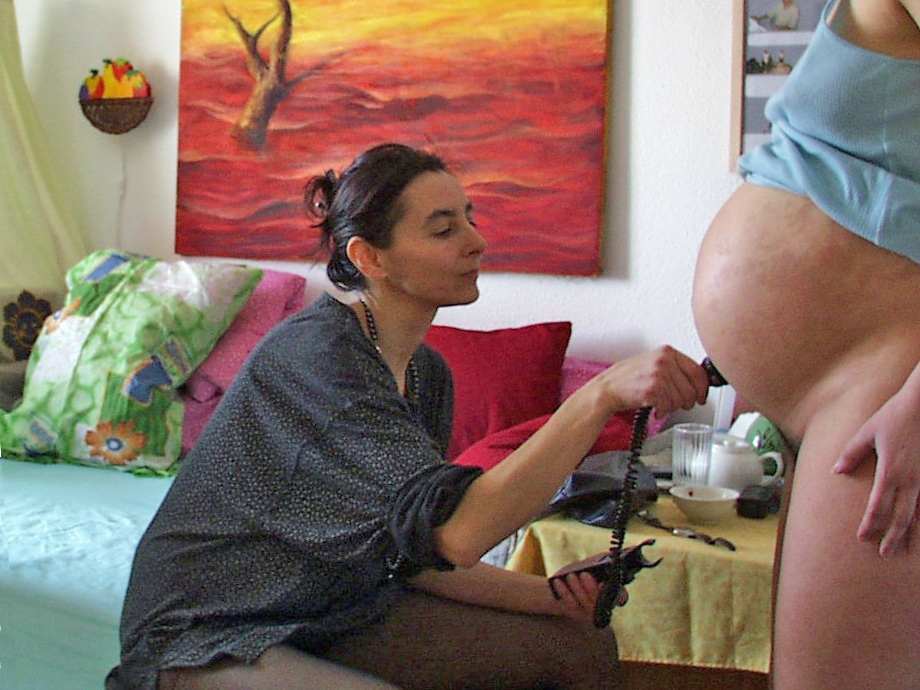 This is a birth that happens in at a place which is not a medical facility ie. the mothers home or the house of a friend/family member.

Prior to the mid-1900's childbirth always happened in the home and was attended by a midwife or the local GP.

People often question the safety of childbirth out of hospital, and it is the responsibility of each and every woman considering this option to do her own research.

The conclusion that I, personally, came to was the following:

Prior to the mid-1900's birth was often dangerous and so when the option of a "safe" childbirth in hospital became available women quite obviously opted for this. Historically, birth was dangerous and many women died during childbirth, as they still do in rural areas that do not have access to modern medical facilities. However, over the last 50 years the medical world has become highly advanced (even compared to 100 years ago). This has allowed us to have access to a plethora of pre-natal tests and procedures that help prevent or deal with complications affecting both the pregnancy and the birth itself.

By the time a woman would get to point of going into labour, many conditions that could cause complications at birth have been ruled out. In the past women would go into the labour quite bindly, even as little as 50 years ago (ask your grandmother!) when they had their baby in a hospital. It's no wonder that still, in many people's minds, homebirth = dangerous.

These days midwives are highly trained medical professionals, who are the undeniable specialists in normal, natural birth. Her training is such that, during the course of labour, she will know exactly which signs to look for that may signal possible complications and she will ensure an immediate transfer to the hospital. Part of planning a safe and successful homebirth is ensuring that you have a Plan B that involves getting to a facility equipped with tools to assist in the event that complications arise.

There are now more and more studies being done that show the safety of homebirth when it happens under the right conditions. In the past, there were a number of studies that seemed to show that homebirth was very risky, but it was found that they had included data involving unplanned homebirths (such as women giving birth in the car on the way to hospital) and even miscariages! This would indeed scew the results.

There are countries in Europe, such as Holland, where homebirth is the norm. In these countries women only go to a hospital when there are complications, otherwise they will automatically have the baby at home with a midwife. It is interesting to note that studies (conducted by WHO) have shown these countries have the lowest maternal mortality rates in the world, compared to countries such as the USA where the norm is hospital birth, and approximately 30% of those births being c-sections.

Unfortunately there are no studies of this sort available in South Africa, where we also have the vast majority of births happening in hospital and between a 70-90% c-section rate.

A homebirth is a safe, healthy option for the majority of women and something worth consideration when planning the birth of your baby.